Sending the 17th-century public into the mass hysteria that resulted in killing 21 innocent people in the name of witchcraft, the Salem Witch Trials were quoted to be “the largest and most lethal witch hunt in American history,” by historian Emerson “Tad” Baker.

The incident spun movies and books relating to the trials. Today, Salem is one of the most popular spots on the map for buildings and locations that saw the sentencing of the innocents where their pleas fell on deaf ears, and where “witchcraft” is now a popular fantasy.

Salem is a hotspot for all witch-lovers, “potion” makers, and history buffs. While the city can be visited all year round, it gets a special makeover during Halloween with decorations, jack-o-lanterns, and “witches” walking the street. It’s the best time of the year to get the spooks, see the old witch trials re-enacted, and visit the spot where they were hanged. Here are all the things to do in Salem on Halloween.

The last place and the only house with direct connections to the Witch Trials of the 17th century is the Salem Witch House or also known as The Judge Jonathan Corwin House. It was originally built in 1675 and Corwin, the owner, became the lead reason for killing innocent women in the name of “witchcraft” in 1692, engulfing the town in mass hysteria.

Standing tall in its almost pitch black color that reflects its dark history, the house today conducts tours where you’ll learn about how the fear of witchcraft began and what led it to its end. The Witch House remains as it was during the 17th century to its finest detail with old walls and the 1600s architecture and furnitures.

An area that saw the face of cruelty and injustice and heard the cries of the innocent, Gallows Hill Salem was the site of mass execution where 19 people accused of witchcraft were hanged more than 300 years ago in 1692. The bodies were dumped into a low spot beneath the ledge known as “the crevice.” In the silent night, neighbors witnessed the sounds of grieving families who would pick up their dead beloved and bury them elsewhere secretly.

This spot where the victims were hanged is now marked as “Proctor’s Ledge” and the memorial marks the names of the victims that were falsely blamed for being witches. While this place is solemn and visitors pay their respect to the scene that once saw no mercy, during Halloween Gallows Hill puts on a more positive tone with events for paranormal junkies.

Gallows Hill conducts After Hours Ghost Tour with actual paranormal activities where participants learn how to use professional ghost-finding equipment.

For the curious travelers and history buffs who wonder how the Salem Witch Trials actually happened and looked like, the Witch Dungeon museum performs a realistic account of the experience. You’ll be able to see a re-enactment of the 1692 trial with dialogues that’s been taken from the historical transcripts.

Other than the performance, you will also be able to tour the museum and witness the replicates of the dungeons where the falsely accused were once held, waiting for their demise.

A cathedral-like building that was a former church, The Witch Museum is one of Salem’s most popular attractions. The Museum is not for the faintest of hearts but Halloween lovers and horror fans will find it quite thrilling.

The museum is popular for its interactive, immersive experience that shows you everything about the 1692 trials and how witch hunts began in Europe leading to the infamous Salem trials in America. The museum recreates the dark days with life-size stage sets that narrate the executions including that of victims Corey Giles and George Burroughs.

In the current era, the Old Town Hall is where exhibitions of art forms and modern businesses take place but in the olden days, the Old Town Hall was where the witch trials were said to be held and the accused sentenced to their deaths. The hall’s first floor is where the building operates as a museum that reflects Salem’s unforgivable history.

The second floor today has the famous re-enactment play called “Cry Innocent” acted out. Set in the year 1692, this play follows the trial of Bridget Bishop, one of the first and real victims who was hanged for being falsely accused of witchcraft. The performance has actors give real historical testimonies and cross-examination from the era when the trials happened.

A tribute to the victims who were executed in the hysteric witch hunt, the Salem Witch Trials Memorial pays respects to the lives of the innocent people who suffered at the hands of Judge Hathorne – the cruel man who sentenced 19 people to their death without ever feeling an ounce of remorse.

The memorial was built on the 300th anniversary of the Witch Trial in 1992 and the name of each victim, their date, and means of execution are etched into large granite stones. You can read their final words there.

At the entrance of the memorial, a stone path contains quotes from those who died in the trials. These quotes are unfinished and cut off by the wall, showcasing how no one listened to them while they were still breathing.

While Salem during Halloween has fun activities and events relating to the Witch Trials, this is not one of them. This place is solely to pay respect to the victims and the families that suffered. Victims’ names like Susannah Martin, Rebecca Nurse, Sarah Good, and Sarah Wildes are engraved onto the memorial walls.

There are more than one ways to see the historical buildings and spooky spots in this place for witch lovers. For those heading to the city on Halloween, here are two ways to visit the popular attraction and have an idea of what to see in Salem.

Perfect for Halloween and all things spooky, this more-than-an-hour Ghost Tour will have a guide take you through Essex Street to the most haunted locations in Salem. Get chills and shivers as you learn why certain historic sites has its ghostly legends surrounding them. Learn the legends and the history of each location on this goosebumps-inducing walking tour.

Another way to witness the City of Witches is by taking a fascinating walk through the historical town. Listen to details about how villagers went crazy with superstitious beliefs of witchcraft and how fingers were pointed at innocent girls who had nothing to do with it.

This tour will take you to places that saw the real witch trial like the house of Judge Corwin, courthouses, and the gallows.

Follow At World's Origins on WordPress.com
Join 81 other subscribers 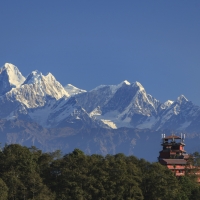 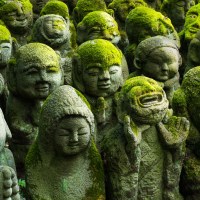 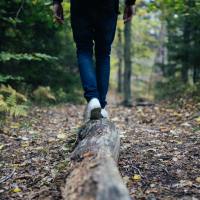 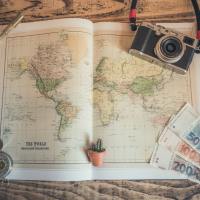 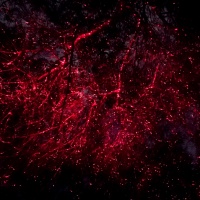